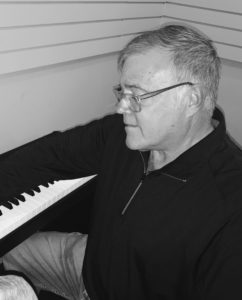 Stephanie has played trombone since 2010 and trumpet since moving to Kansas City to pursue her degree. She has studied with Troy Marsh, JoDee Davis, Marcus Lewis, Mitch Butler, and Andre Hayward. Stephanie is from Columbia, Missouri and came to Kansas City to pursue a degree in Jazz Studies from the UMKC Conservatory of Music and Dance. Her brass experience has expanded from playing in variety of groups such as Big Band, Jazz Combos, Wind Ensemble, and Trombone Ensemble at UMKC, along with theater groups around the Kansas City area.”